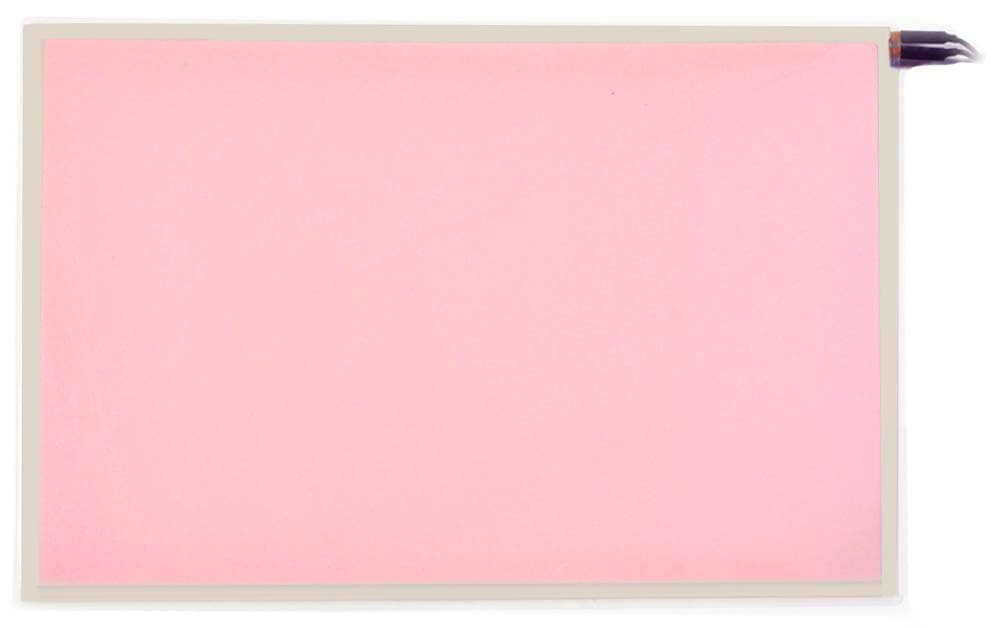 To make a white panel, manufacturers add a pink fluorescent dye to blue-green phosphor making the panel appear pink when “off” and bluish white when “on”. EL panels can have an acceptable white appearance when a graphic printed on white film is placed on the panel to help reduce some of the blue color found in the white panel. However; some white areas in a graphic overlay can have a pink cast, this is caused by light reflecting off the graphics back onto the EL panel. For the purest color please consider an edge-lit LED panel.

EL panels are manufactured with a process known as screen printing which gives a fairly even illuminated surface; it’s not perfect though, and may not be appropriate for some optical calibration applications.

If you require colors we suggest using color gels such as those from Lee Filters.

Inverters provide the required power to drive an EL panel. Electroluminescent panels require a voltage of approximately 100 VAC at a frequency of several hundred Hertz.
We can build inverters to operate from 5 to 24VDC power sources.